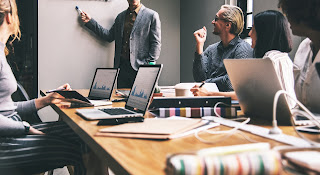 Decades since the introduction of personal computing there are still too many business technologies that don't work. Oh, the hardware and software firms will tell you that they do. But they still don't get it. For example, go to Microsoft's support site and type in "Microsoft Word Error" (leave out the quotes). I did this and got 2,380,000 results. Is this indicative of something working?

Of course I'm not being entirely fair. Many of these results go back in time. Most are minor problems or may be due to my mix of search keywords. And, with the exception of Windows Vista, Microsoft is a good company that makes good products. All I know is thank God they don't build airplanes.

The problem is that people in the technology business seem to have a different definition of when something "works." To me when something works, it works all the time.

For example, we are probably the only family in my county that does not own a digital TV. We have a large Zenith in the living room that I bought more than ten years ago and it's...fine. Yes, I'm a cheapskate. But the thing works! And honestly, do I really need to see a close-up of Kirstie Alley dancing the Flamenco? The same goes for my refrigerator. It's never failed me. Neither has any of the lamps in my house. Or my indoor plumbing. Or the telephone. Or an episode of Seinfeld. Or a Whopper from Burger King. These things can be counted on to work for me whenever I need them.

I wish I could say the same for my Tivo, which still can't seem to record the right channel all the time. Or my satellite service from Sirius, which always seems to go blank at the exact moment when Howard is about to say something funny. But these are annoyances. What's more than an annoyance is when the technology that I'm using to run my business is not reliable or consistent. In other words: when it doesn't work. And, in at least six instances, this is happening too often.

The Cloud. For example, cloud applications can be great, but the cloud is still not a working platform for many businesses both big and small. We have a few clients who have outsourced their internal computers to companies that provide them with a managed cloud-based service. It's "OK" says one client who didn't want to be named in this column. Just OK. That's because oftentimes the performance is slow. It depends on the speed of the internet where people are and the time of day they're trying to get something done. Integrating applications through the layers of permissions has been difficult. There have been a couple of instances where services went down. In all cases these clients muddled through the issue. But no one's working faster because of it.

Security and reliability in the cloud still doesn't work. Not when our largest, most "trusted" companies like Google, Sony and Amazon are losing hundreds of thousands of emails, misplacing confidential security information or going dark for hours and hours. Why do you think most companies, particularly in the financial services and healthcare industries, aren't running to the cloud? It's because they have extremely sensitive data and they are required, by law, to keep it that way. Sure, cloud applications have a lot of potential. The future for this technology looks bright. My company sells a few of these. And in certain cases, these solutions are a great option for many businesses. But if you've got a mission critical, highly sensitive system that you rely on to run your business you're not moving it to the cloud yet. That's because the cloud still doesn't work.

IE9. I apologize if it seems like I'm picking on Microsoft here. But Internet Explorer 9 doesn't work either. I should know. I upgraded to Microsoft's new browser about three weeks ago. And two days after I upgraded I had to download Mozilla's Firefox browser. Why? Because many sites weren't working properly with my new and improved IE9. For example, the very blog that I'm now writing can no longer be uploaded through Forbes' blogging tools like I could when I was using a previous version of Internet Explorer. Is this Forbes' fault? Is this some kind of configuration issue? I don't know. Forbes uses WordPress, the popular blogging platform. Certain graphics on other sites are not appearing correctly, if at all. Is this happening all the time? Of course not. For the most part I'm surfing fine using IE9. But I'm running into display and performance problems that I shouldn't have to be dealing with in this late age of internet browsers.

Google's Apps. Anyone get this one? I use Google Voice and it seems that after I get about fifty voicemail messages I can no longer call in and retrieve them in order of when they were received. So that doesn't work. My BlackBerry's Google Maps is slow as molasses and sometimes doesn't give me the right position I need so I need to still print out MapQuest directions when I go on the road. So that doesn't work. Also, am I the only business owner who hasn't figured out how to use AdWords effectively? I know I'm not the brightest bulb in the bunch, but I've tried every keyword combination in the world and still can't find my company anywhere when searching, although my balance of dollars gets depleted inexplicably. I've spent too much time and money trying to get this to work for me and have given up. Fail.

Skype Video. Skype Video doesn't work for me either. Ever seen what I look like in my underwear? It ain't pretty. Just ask any number of my kids' friends who've seen this disturbing image of me in the background (and in crystal clarity) while video-chatting on their MacBooks. My son also video-chats on his iPhone. The quality is amazing. The performance is excellent. I'm a Windows guy and darn it, I want to video chat with my customers too. So I try this using Skype. And the result is....meh. The picture is grainy. The performance is terrible...stilted, slow, choppy. I've tried this from many different places and with a number of different people. And the results are always the same. Skype video is inferior to Apple's video-chatting. Maybe I need to pay to use a better video service for my business. But why? Apple's video chatting is free.

Printing. Amazingly, most office printers don't work either. My clients grumble about them all the time. Those new "wireless" printers mysteriously disappear from the network only to strangely re-appear minutes later. Where do they go? Even printers that are hard-wired to a server sometimes go AWOL for unknown reasons. Anyone who gets the "printer cannot be found" message knows what I'm talking about. We're all used to rebooting servers and printers to clear out the print spool because, for reasons unexplained, a million print jobs get queued up and can't be executed. Paper still gets jammed, just like we're still in an episode of Mad Men. And when these problems occur, the printers' error handling procedures never seem to know how to handle the error, resulting in missing pages or incomplete jobs. We accept inferior printer technology like we accept rush hour traffic and Piers Morgan. A necessary evil.

Reports. After eighteen years of selling business software do you know what problem is still number one for most of my clients? Reporting. Software makers get all wrapped up in sexy new features and functions and hundreds of ways of doing the exact same thing that they seem to forget the most fundamental use of their products: most business software applications are systems built around databases. And the data is still not entirely accessible.

Sure, some vendors include lots of reports with their products. But God forbid if a company wants to create their own report. Or customize an existing report. Or want to access data remotely from their mobile device. Or want to give their customers the ability to retrieve order information when they want. This can be done, but it almost always requires dark magic. And the use of outside consultants. Maybe the product's internal reporting tools can be jiggered. Or maybe a third party reporting tool (like SAP's Crystal Reports) has to be deployed. In any case it's not easy. It's expensive. And the minute something changes, like an upgrade or a new reporting demand, everything breaks down. Reporting technology is still a mystery for most small businesses. The basic data is retrievable. But the important analysis, customized for the company's most productive use, isn't. This stuff still doesn't work.

It's 2011. Software and hardware have been around for many decades. Business people, particularly small business people, don't need a whole lot of new features in the products they buy. They need products that will make it quicker and better to run their companies profitably. All the time. Reliably. Consistently. Without fail. In other words, we just need technology that works. And I definitely need to start wearing a robe when walking around my house at night!

I admit it -- I'm hooked on "Veronica Mars." If you've seen the show, you know that the title character finds ways to solve crimes and mysteries each week using some new techie tool or other. Are you searching for a career that incorporates this kind of technology-based investigative work? Look no further than the sizzling field of justice business technology.

Small business owners struggle with staying afloat. Unlike large industrial companies and franchises, small businesses do not have access to unlimited funding capital. Therefore, they cannot afford a large "turnover" in the workplace. One way to eliminate frivolous spending is to incorporate strong hiring practices. Implementing practical hiring techniques ensure small business owners that they are actually hiring, the best candidates for the job.
Employment in the construction industry declined in past years, and in the last few years, this industry has made a "great" comeback. Construction companies are reporting a new high in job growth, as new technology forges them into the new millennium. Construction is not all digging, and hammering. There is a technical side to construction that is continually increasing.
In 2013 construction companies have reported an increase in employment, of close to 2% per month. However, in the month of October a new high in employm…
Baca selengkapnya